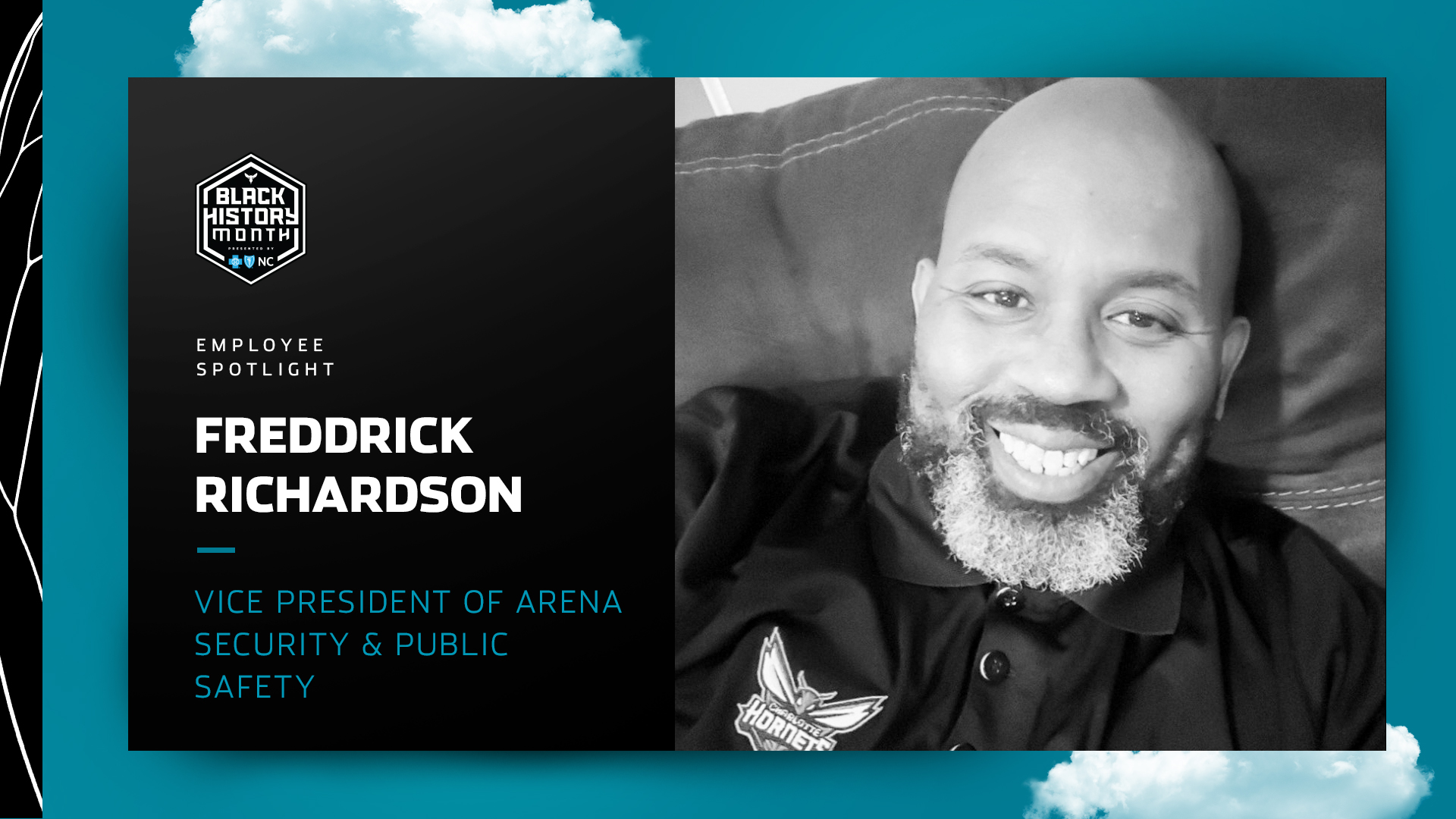 “I’ve had the opportunity to open up six arenas and four stadiums in my career. I’m considered an ‘opener’ in our industry with opening up all these different venues. I would say working with a lot of diverse backgrounds and people from all over the world and from all walks of life has made me an overall better person.”

“For me, it’s always been a time to reflect and be able to look back on history at all the people who have made a positive contribution to our society. I normally like to find what I like to call, ‘the diamonds in the rough.’ You have your mainstream people that everybody focuses on. I like to look up people that you may not know of or who invented something or played a role somewhere. This month is just a great time for reflection.”

“It’s about leading by example. I was born and raised in Philadelphia, so most of my family still lives back there. Everywhere that I’ve gone and any place that I’ve worked at, I’ve tried to be an example in the community. I get to know people, be positive, motivate and inspire others. Leading by example has always been the best way to help, especially when getting involved with young people. I make a conscious act to interact with them to make sure they know that they’re great opportunities out there if you do the right thing, work hard and you’re a good person. I try and encourage people to do those things.”

Who are the most influential Black role models in your life?

“Well, I have four. Obviously, my mom, Bettye Richardson, who has been a trailblazer and set a great example for our family with her work ethic. Always worked hard, never called off of work, pro-education, pro-do the right thing. She is probably one of my greatest inspirations.”

“Also, one of my mentors who recently passed away, Robert Watson, who I had known since I was in the sixth grade. He was just an incredible person and great influence in our community who took a lot of young folks off the street with basketball leagues and stuff like that. He was just a great person who always encouraged me. Even up to when he passed away, he kept telling me to do the right thing and keep having a positive impact.”

“Then there’s a young lady named Adina Erwin. She’s now the General Manager of the Barclays Center in Brooklyn and I worked with her 22 years ago. She is one of the first people who I encountered that saw things in me that I didn’t really see within myself. She was just a great example and to this day, we still stay in touch. She’s played a big role for me.”

“Lastly, one of my hidden secret ones is Harriet Tubman. For whatever reason starting in grade school, I just always followed her and then saw the movie on her. With me having all sisters and having that female dominance in my life in different areas, I saw a lot in her and was inspired after seeing everything that she overcame and how she made a positive impact on people.”